In 2014 they won Radio3 and Gaztea awards. In 2015 they won Rolling Stone’s and MIN Music Independent’s “best new band” awards. In 2016 they won the RNE ́s (Spanish National Radio) “Best modern music band” award and in 2017 they came to win the Best Live Award in both MIN and The Iberian Music Awards. 2018 is also being a good year, they have won MIN ́s Best Band, Best Live and Best Video Clip (for Render Me Numb).

“AAAA!!!!” (June of 2014) is the wildest BELAKO. Home recorded, they wanted the sound of Nirvana, The Clash, The Cure, Pixies and Sonic Youth.“BELE BELTZAK BAINO EZ”(June of 2014) has a modern sound, recorded in MusicBox Studios. In 2016, they released their second full-length album under their own label “HAMEN” (means “here in basque language).In 2018 they released the EP “RENDER ME NUMB, TRIVIAL VIOLENCE” They have performed with this album in UK, PORTUGAL, GERMANY, MEXICO, RUSSIA, JAPAN, KOREA, ITALY, PHILIPPINNES, FRANCE… Festivals like REEPERBAHN, COMMUNITY, ROCK EN SEINE, NOS PRIMAVERA SOUND, READING & LEEDS, BENICASSIM, VIVE LATINO, SWSX… Venues like National AUDITORY MEXICO, FINSBURY PARK…More than 100 gigs every year.

2020 is their year, already working on a new album, they will be showcasing some of their new songs. Signed to Matt Bates @Primary Agency (Alt-J, two door Cinema Club, Wolf Alice, etc) BMG and Live Nation Spain, the inetrnational plan is strong and solid as their music. 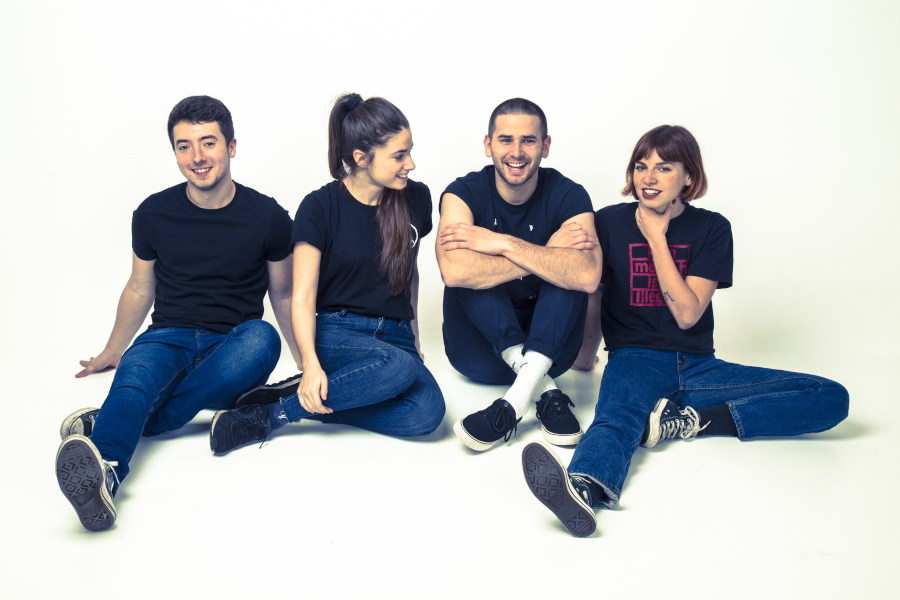