After two successful albums, the melancholy and delicate folk of “Start , Restart , Undo “, her debut in 2009 as a minor , which quickly placed her at the forefront of all Spanish festivals , publishing in 11 countries and touring in America, Europe and Asia; and the dark and electric ” Oh! Monsters” ( Subterfuge , 2012 ) with a sonic, compositional , risky and sincere jump; on 10 March 2015 arrived ” Chasing Illusions ” a vitalist album where Anni includes light and hope in her lovely compositions with perfect melodies which emphasize her exceptional voice. One of the youngest and  most international artists of our country is finally back.

At the age of 7, Ana Lopez (Fuengirola, 1988) composed and sang her own songs but she never thought that music would become her life. Her extreme shyness never allowed her to show her compositions in public.

Having just reached adulthood, Anni left Malaga and moved to Madrid to study architecture and, encouraged by her friends who had been listening to her extraordinary voice, she began taking the stage of the open mics and small bars of Madrid.

She uploaded her songs on a social network and gained immediate popularity: attracting fans from the very beginning. Anni B Sweet was born.

Her voice and her sensitivity captivated Subterfuge Records and, in April 2009, she released her first album, the crystalline and delicate “Start, Restart, Undo”. In the next year, it was edited in 5 continents (11 countries, Dubai and Australia, Canada, Japan, Taiwan, Germany, France, Switzerland, Poland, Austria and Mexico) and she toured in Europe, Asia and America.

With this album, she became the youngest composer nominee in the Newcoming Artist categories of the Music Awards and she was awarded the Guille’s prize for Best Pop Artist, among many others.

Her version of the Ahá’s song “Take on Me” opened  the international gates and took her to appear in such major chains such as the global british VH1.

After the turmoil of the first album, in 2012, she published “Oh, Monsters!”, a complex, dark and more elaborate album. Evolution that the press receiveswith enthusiasm and with which, in addition to turn around Spain, lead her to make an extensive tour in Mexico.

In 2013, she published the Ep “Ridiculous Games”, a song extracted from the album “Oh, Monsters!” and that includes two new songs that were left off atthe álbum.

Since the beginning of her career, brands were interested in her because of the values that she transmits and she has worked with brands of premium cars, cosmetics, perfume, clothing, jewelry, soft drinks, alcohol …

In the summer of 2014, she was the protagonist in the spot of San Miguel with John Legend. 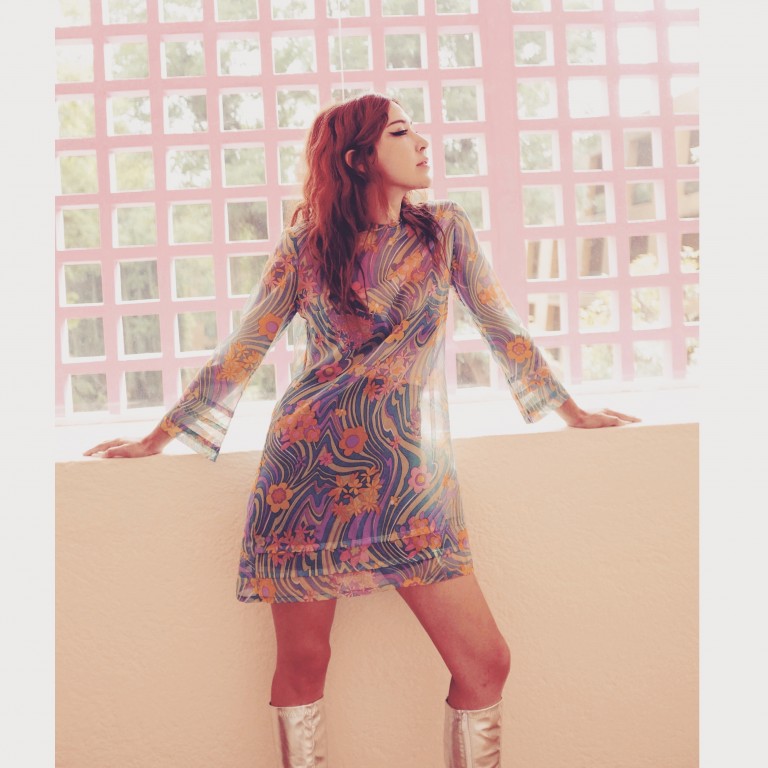