Baywaves are audio alchemists, able to draw on influences as disperse as the Psychemagik and Too Slow to Disco compilation series, beaming them through the filters of Brazilian rhythms, and more mainstream reference points such as Hall & Oates, to arrive at their signature sound. That sound is a mini solar system, where planets of funk, psych, pop, electronica and hip hop orbit a garage band set- up. Calling to mind the likes of The Internet, Thundercat or Kali Uchis on the one hand, and Stereolab or BadBadNotGood on the other, Baywaves keep good company.

Now Baywaves are back at it again, taking a pickaxe to indie hip-hop, woozy psych licks, and 70s yacht- rock – melting down the debris to pour into their dreampop mould. Evoking the sound of a fading, out- of-focus beach polaroid, everyone’s favourite hypnopoppers are back with new single Over Time.

Roused by a meme which read: “I don’t want to care. But I will. Even more than before.” the band penned the track from the perspective of exasperated millennials, anxious about a mess they didn’t create; a generation who are tired but don’t want to be accomplices to cynicism. In the shadows cast by Spain’s economic crisis, Baywaves have found value in the currency of creation. In sounding different. Through their genre-meld compositions they are able to create an ambiguity, an abstract space in which they can simultaneously be political and empathic.

Undoubtedly, the track has a more sociological edge than its predecessors. Despite this, Over Time is brimming with slacker-jazz guitars, sun drenched synths, a drunken bass line and beat patterns that will cause hip convulsions. All of this has earned Baywaves numerous not-so-secret admirers. Champions take the form of Huw Stephens, and Tom Ravenscroft, not to mention The Guardian, Noisey, DIY, Dork, The NME, and Clash, plus dozens of others in the blogosphere. 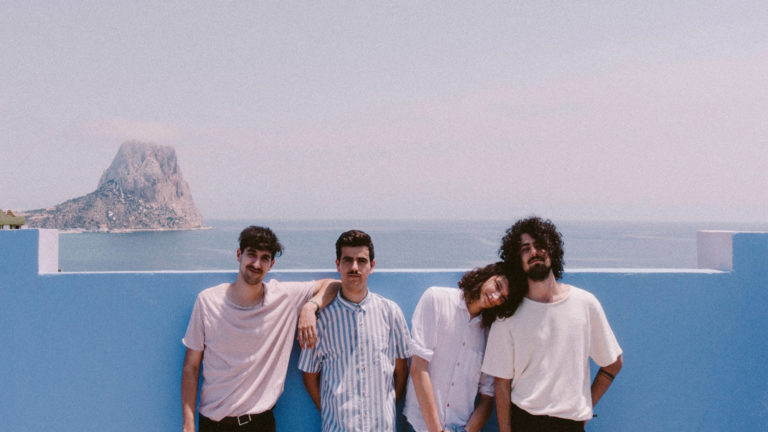