Musical poetry from a revolutionary talent, “Aurora” is the title of the third álbum from Fuel Fandango, signalling the return of one of the most innovative musical acts of recent years. These 12 new songs are the definitive expression of the Fuel Fandango sound, blurring the lines between flamenco and electronica. A homogeneous blend of musical diversity and ingenuity.

Written over the past year of quiet reflection in Lanzarote, Córdoba and Madrid, “Aurora” captures the true essence of song as a beautiful tool that can evoke emotions with nothing more than a guitar and voice.

With exquisite taste, Nita and Ale Acosta use all the tools in their creative arsenal to produce an exceptional and inimitable work. There is a lot of music here – memories of trips and landscapes, remembrances of Asia and Africa, colours of old and new Europe, traces of Latin American folklore, and an underlying personal mystique that magically transforms their songs into expressions of universal emotions.

Produced by Ale Acosta and Steve Dub, who is responsible for albums by the Chemical Brothers, New Order and Unkle, and has remixed The Prodigy and Daft Punk, “Aurora” rediscovers the true meaning of fusion (so often so trite). There are no boundaries here, which is really the basic premise of the album. The group continues to embrace electronica, staying true to their essence and the creative alchemy that has them combining different palos in unique and surprising ways. “Aurora”, that first light of the morning, is a bright and positive album, in which everything is permeated by an air of renewed optimism.

Ale confirms this feeling that they are in a good place right now: “We’ve enjoyed the writing process much more on this album; the creative part has been a joy”. There is a precocious compositional maturity to these songs, in which you can trace the group’s incredible journey over the course of three albums. With “Aurora”, they seem to have found the musical identity they were searching for.

On “Aurora”, Fuel Fandango have made a conscious and definitive shift towards Spanish. Over half the songs are sung in their native tongue, as they openly embrace their roots. While finding a true identity may have been more difficult in the past, on this album Fuel Fandango have found their sound naturally.

In their own words: “They’re the best songs we’ve written so far. They work stripped down, with just a guitar and voice”. At the risk of sounding like a promotional cliché, these songs are their best work to date, songs in which flamenco is still a key ingredient (as in their previous works), but here it’s more subtle. While rock predominated on “13 Lunas”, “Aurora” offers us a more varied palette (the fruit of their travels throughout the world), with influences ranging from Afrobeat, Asian culture and Latin American folklore, as well as a global approach to electronica, including sampling old flamenco records and using an electronically manipulated version of Nita’s voice as another instrument.

“Salvaje”, the advance first single from “Aurora”, is an unbridled outburst of raw emotion that is testament to the renewed spirit of Fuel Fandango: “It was one of the last songs we wrote. It grew from a guitar riff we had from way back, and we were also inspired by a really old blues song. We had this image of horses in the fog as a kind of guiding theme; we wanted to reflect that freedom and strength, try to be wild in a world where we are becoming more and more domesticated”.

An extraordinary songwriting duo, Nita and Ale continue to create distinctive and enduring music. Joining forces from different worlds – flamenco and copla (Nita); dance music and electronica (Ale) – they have been able to fuse feelings and emotions through their songs and music, which has taken them to places like Mozambique, China, Bulgaria, Ukraine, Algeria, Dubai, France, the United States and India, impressing everyone as they go, and making “Aurora” one of the most anticipated musical events of 2016. Let there be light. 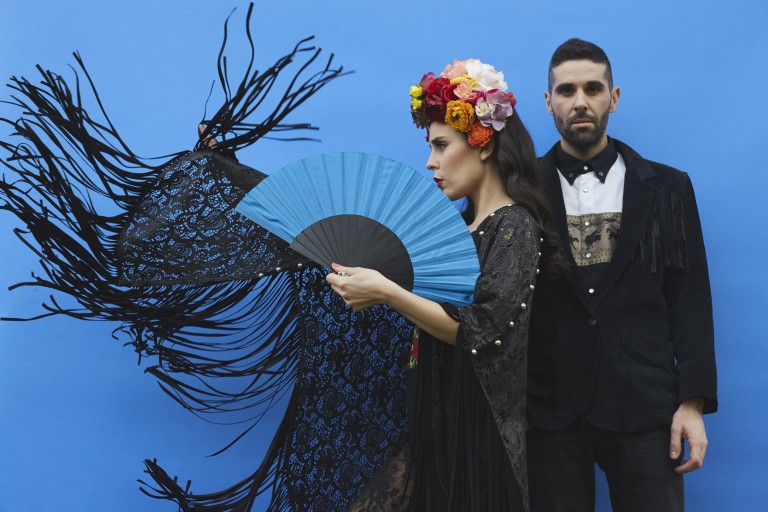