Kiko Veneno was born in Figueras and moved to Cadiz when he was a child. His family moved to Sevilla having nine years, where he has lived since then. He studied Philosophy and Letters and toured Europe and the United States, where he attended concerts of artists who have influenced him, such as Frank Zappa and Bob Dylan, but interestingly, there also discovered (or rediscovered) flamenco.

As himself has said in some interviews, he was released in Spain with an álbum produced by an Englishman, Joe Dworniak, and recorded in London. With this album, Kiko Veneno began to live music after 15 years fighting in Spain for making music professionally.

In 1975, in an encounter that changed his life, he met the brothers Rafael and Raimundo (Amador), with which it forms the group “Veneno”. In 1977 he released the self-titled album produced by Ricardo Pachon. Although it had a great impact at the time, is now considered essential disc of Spanish music.

In 1979 he collaborated on the hard time legend “Camarón de la Isla” The contribution of young Veneno in the outcome of this album was vital. It was a time of change. Paco de Lucia traveled the world solo and Tomatito jined with Camarón, very young, and at this moment, completely unknown.

In 1982 he published his first solo LP, “Seré Mecánico por Ti”, produced by José Luis de Carlos, after which follow others, without obtaining great commercial impact. During the 80 made songs for Martirio, which also produced his first album, and performed several collaborations with the TV show “La Bola de Cristal” as a songwriter and singer. However, he could not live professionally music and combined his artistic work with cultural programmer position at the Council of Seville.

In 1992 he joined the staff of BMG-Ariola and began a new stage in his career, perhaps the most commercially successful, with the release of the albums “Échate un Cantecito”(1992) and “Esta Bien eso del Cariño” (1995 ), both produced by Joe Dworniak. The first one, with the decisive support of Santiago Auserón, pulled Kiko out from the bad luck thanks to songs like “miss”, “Lobo Lopez”, “Joselito” or “En un Mercedes Blanco”, which became hits and allowed him to devote himself exclusively to music. To present this album made the tour “Kiko Veneno y Juan Perro Vienen Dando el Cante” which also participated, among others, Raimundo Amador and Luis Auserón.

As for the album’s “Está muy bien eso del cariño” 1995, brights the cover design, made by Javier Mariscal and the presence of the flamenco guitarist Raimundo Amador, who, along with Dworniak production, gives the album a completely unique sound. Issues to note are: “Viento del Este”, “Memphis Blues”, “Casa Cuartel” or “Lince Ramon”.

In 1992 Kiko sponsored the birth of a group that was renamed Mártires del compás, formed by Chico Ocaña, Raul Rodriguez and Jose Caraoscura. Disagreements between Ocaña and Kiko caused that the group was separated into two: Ocaña appropriated the name of the group and went solo, and Raul Rodriguez and Jose Caraoscura (Kiko in the shade) formed “Caraoscura”. They released an album in 1995 entitled “¿Qué es lo que quieres de mi?”.

In 1999 he visited Argentina for a series of three concerts in La Trastienda, with a awesome critical and audience. Despite that, the company Kiko worked for, did not satisfied the artist, who asked that his music uselessly editase in other countries of Latin America and Europe.

After three LPs, Kiko precipitated the end of his contract with Ariola (later claim that the lack of support from the label was what prevented him to do more albums like “Échate un Cantecito” and “Está Muy Bien Eso Del Cariño” quality ). Then decided that all his records would be published and marketed by himself, both through traditional distribution, and taking advantage of opportunities offered by the Internet, through his label Elemúsica. The first disc of this project was “Gira Mundial” recorded with Pepe Begines (from “No me pises que llevo Chanclas”) Then perform the production, along with Charlie Cepeda (producer of “Las Niñas’ and Kiko usual musician) the first solo album by Pepe Begines: Mi Propia Película.

In September 2005 he published El Hombre Invisible, after nearly two years of process. In this album include the shares of Jackson Browne on “Hoy No”, a tribute song to Lennon and pacifism, Jorge Drexler in “Inspiración” prayer in search of beauty, and Raimundo Amador’s guitar on “Satisfacción”.

In 2006 he formed the group G5 along with Tomasito, Muchachito (Jairo Perera, Muchachito Bombo Infierno) and the two components of the Delinqüentes (Ratón and Canijo). Their first album was becoming dispersed but concentrated sessions.

According to group members, the songs are daughters of all, are designed on the way and leave alone. “Tucaratupapi” containing the single “40 Forajidos”. Also noteworthy is “Calla”, the clearest contribution to this disc from Kiko.

In December his group, “LA Banda del Retumbe”, he moved to Vilnius (Lithuania). And in 2007 it began in New York where he played in the legendary The Knitting Factory, thanks to his colleague Jonathan Richman, who invited him to share his show.

In late 2007, Kiko started a small international concert tour. He went first to Mexico, where sometimes coincided with Delinqüentes. There he played in Guadalajara, Leon and Mexico City. He then traveled to California, where his friend Jackson Browne gave him the opportunity to share the stage with him. They played together in Santa Barbara, at the Lobero Theatre and the Temple Bar.

His mastery becoming known beyond the Spanish borders. As he was outlining what was to be his last album he was still playing, and sharing the stage with artists such as the aforementioned Jonathan Richman and Jackson Browne, and other equally important as Julieta Venegas, Jorge Drexler, Martin Buscaglia or Kevin Johansen.

These last few games fruit of his concerts and trips Argentina, which returns in 2008 as it publishes a compilation entitled “El Mejor Veneno por esas Tierras” In September 2010 appears the Album “Dice la Gente”. It was recorded during the previous year at “Estudios Pocos” in Seville, being produced by Kiko himself, with the help of his soundman Jacobo Fernandez and Pablo Sanchez as auxiliary. Again he turned to Joe Dworniak, this time for the mix. This album is very important the contribution of Kiko’s usual band that was involved in creation to feel ownership of the album: Juan Ramón Caramés on bass, Jimmy Gonzalez on drums, Raul Rodriguez on guitar, Javi Valero with electric guitar , Ana Gallardo and Anabel with vocals and keyboards, and Ráfaga with percussion. Highlight, on another level, the participation of other great musicians and friends as Javier Mas, Charlie Cepeda, Israel Galván and the rest of the formation of the G-5 …

He was awarded the National Prize fourth Contemporary Music 2012, preceded by Joan Manuel Serrat, Amaral and Santiago Auserón. Jurors emphasized his “decisive contribution for more than three and half decades the integration of Hispanic and international musical traditions, spreading the compass, enriched with wit and poetic quality format popular song” .

Kiko Veneno has released his last album “Sensación Térmica” on march 2013, with a lot of good vibrations and succes. “La vida es Dulce” is the firs single released from this album. 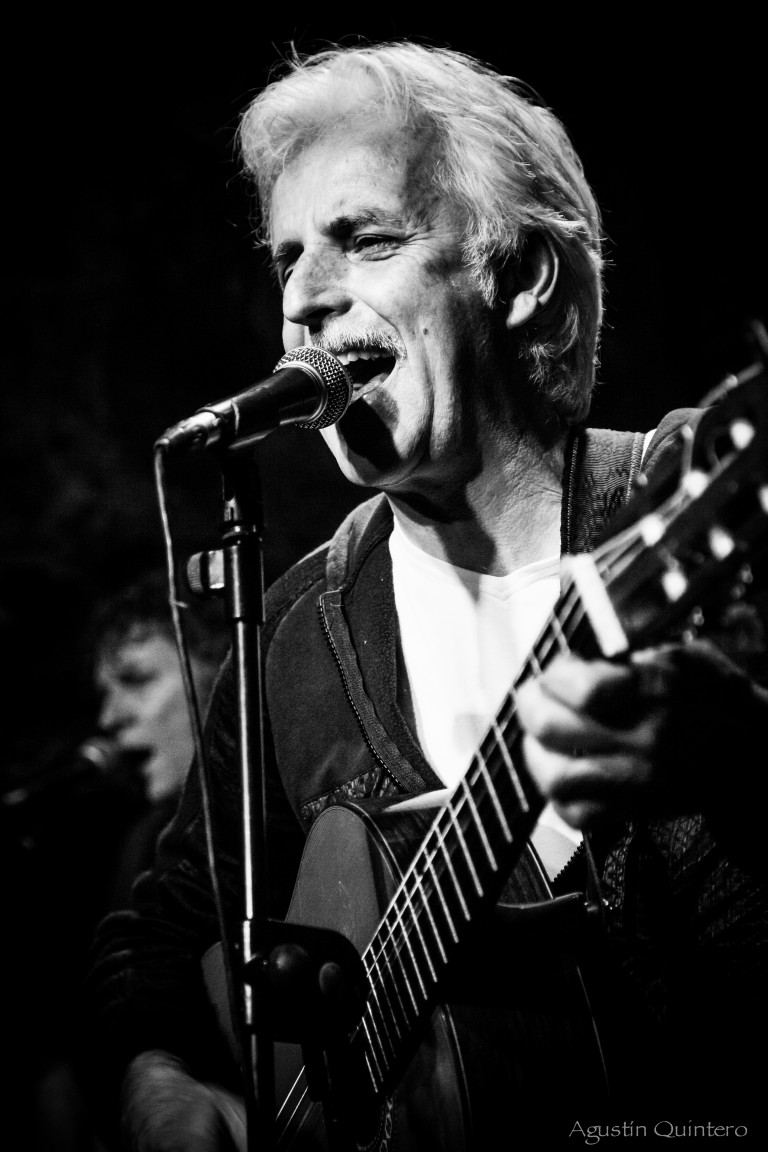