This year 2017 marks a milestone in Spanish music, as Neuman becomes one of the most important cult bands in the country, with the release of their latest album Crashpad, which has amazed the critic and made them reach a unanimous verdict: the album is one of the greatest of the year and a masterpiece.

The reception of the album has been massive and incredibly positive, making it fly to the number 6 of the top record sales charts in Spain. Also the public has shown nothing but good feelings and thoughts about it, and they have made it clear that the songs have a unique kind of energy, and that they make them feel really strong emotions. The sensibility and strength of Newman’s music is beyond compare.

Through hard work and passion Neuman has earned everyones recognition and the band has been nominated to many awards such as the “Premios de la música” for Best Artists, Best Album, Best Live Performance and Best Song. This is not surprising, because the band doesn’t lack experience and performance skills. Thanks to the release of their previous album If, they went on a tour in which they gave the breathtaking figure of 300 concerts. And each one of them was a powerful and unforgettable experience for all of those who were there.

The band finds its leader in Paco Román, who founded Neuman in Murcia in 2010, when they self-edited their album Plastic Heaven. Then in 2011, with their album The Family Plot, they started to be noticed by the critics and online media.

In 2013 their relationship with the historical independent record label Subtrefuge started with the release of their EP Bye Fear/Hi Love, in which they worked with Ken Stringfellow, a long time friend of Paco and the band. From that moment, they got the necessary push and hanged the “sold out” sign at every concert they gave in Spain.

After that, in 2014 they recorded and released their next album: If, produced by Paco Loco. A passional and rebellious work that supposed their definitive launch to fame and recognition. That album led them to a massive tour and to play at the biggest Spanish festivals. It was also during that time that Paco started to come up with new ideas. It was new and fresh music that he had to record on his phone during rehearsals, on the road or wherever he could. Then, after finishing the tour, he could finally settle to finish writing the songs that later came together, and gave life to this years masterpiece: Crashpad. 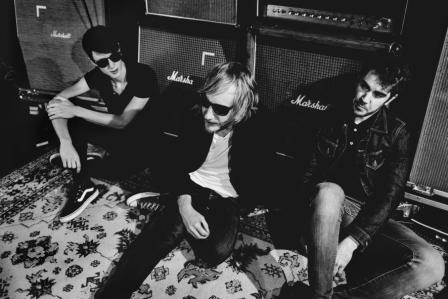 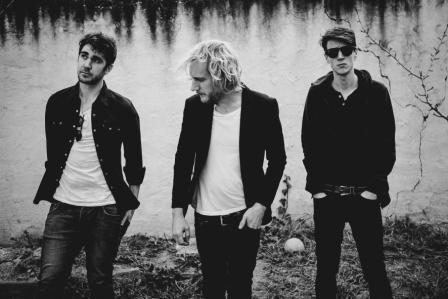