Rodrigo Cuevas (1985, Oviedo, Spain) is a spanish phenomenon of the performing arts: singer, composer, multi-instrumentalist and folkloric agitator, an scenic arts phenomenum and a communicator in its broadest sense.whose professional development continues in a sustained progression. He is a great artist who has an academic musical education: medium degree of piano and tuba studies at the Oviedo Conservatory, as well as three years of Sonology in Barcelona.

Rodrigo Cuevas likes to hang around the tradicional songs with cabaret and cuplé, enjoys making electronic music talk with humor sense, social criticism and sensuality, turning their shows into a cultural and sensorial experience with denomination of origin.
In 2020, this singer, composer and multi-instrumentalist has presented his third stage solo show “Trópico de Covadonga” all around Spain and his new record “ Manual de Cortejo” which has a general acclaim and a clamorous reception from public and critics from national newspapers (El País, El Mundo, ..) national radio (radio 3) and music magazines (Rockdelux, Mondo Sonoro)…it also wins the Spanish Independent Music Awards ( Premios MIN) for the Best New Artist and Best Word Music & Fusion Album. 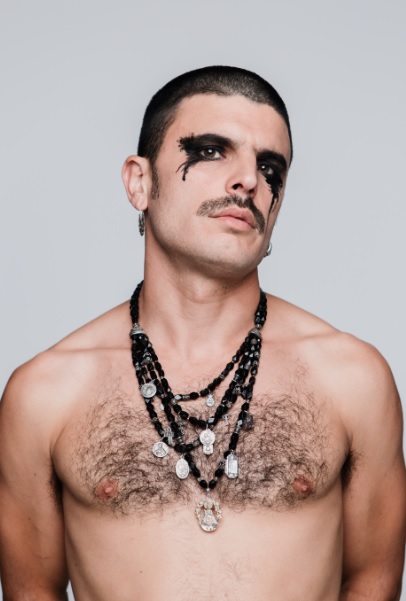 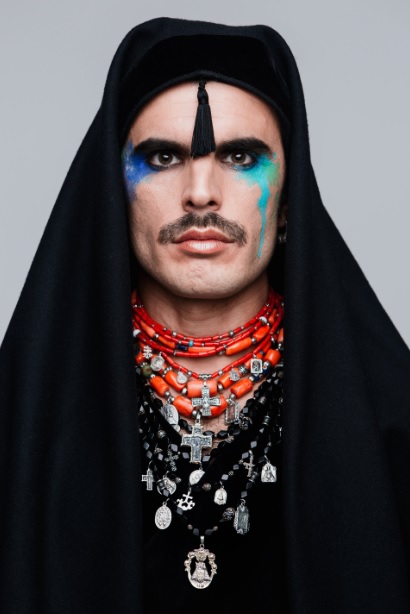 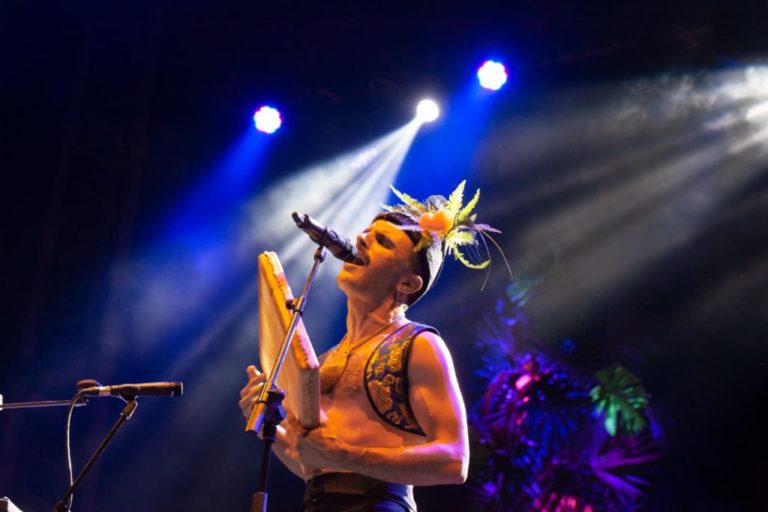