Trajano! is a Madrid bandof Art Rock. It is formed by Lois Brea (guitar and voice), Álvaro Naive (bass) and Carlos Mun (drums, box of rhythms).

His first EP, “Terror en el Planetario”, self-published in 2012, surprised the specialized press to the point of being choose the second best demo of Madrid for Mondosonoro, and placed as semifinals of the Proyecto Demo 2012 of RTVE and include their themes in the compilations “Galician Bizarre II” and “Madrid está Helado”, both edited in 2012.

Joy Division, The Horror sor even Parálisis Permanente are some of the names that come to mind listening to those first songs of Trajano! with which, by the way, a good number of directs were made in Madridin Nasti, Costello, Sirocco or Joy Estava and the opened concerts of Vivian Girls, Low, Triángulo de Amor Bizarro, TOY, and recently Phoenix.

Its first long “Antropología”, was recorded in octover 2013 in the RubberTracks Studio in Brookling, New York, and was published in april of 2014 auto edited via Marxophone. The álbum was received with very good reception by the specialized critic who, in different media, placed them among the best of the year, a year in which the did not stop playing and participated in festivals like FIB, BBK Live, DCode, Festival Do Norte, Gijón Sound, South Pop, Sereas e Piratas, Let´s Festival, Kutxakultur, Sonorama, Winter Indie City, …

In 2015 the released the doble songle “Ícaro”, which already sensed new sound tracks, more amplitude of sights, and start this 2016 launching a new EP under the name “Rubí”. Which also had a great acceptance.

In 2018 they presented their second long, “Lázaro” wrapped by Mushroom Pillow. With this second long they confirm to be one of the most respecte d bands of the national panorama, in which the explore new sounds without leaving their personal Brand.

Trajano! has achieved over the last few yearswhat few bands get, have a sound with which they are recognized with just listening to a few seconds of their songs.

Long live to the Emperor! 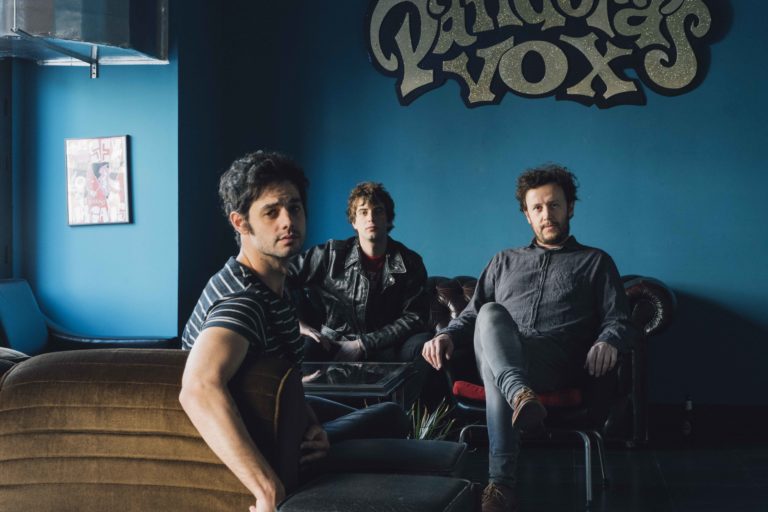