The group members came into contact with the different rhythms, songs and dances of the Iberian peninsula years earlier, through the music and workshops of Eliseo Parra.

They soon felt the urge to investigate the Iberian traditional
music especially songs based on dance rhythms such as the jota, seguidilla, charro, fandanguillo, ajechao, sevillanas…

Zagala uses instruments such as the mandola, guitar, violin or the pandero cuadrado from Peñaparda (square drum) or panderetas (tambourines), spoons and pans.

ZAGALA’ s music is characterized by its energy and by the fusion of different traditional instruments from many regions and different periods, producing an original sound.

In 2017 they participated in different contests in Spain, such as “Burgos: Raíz y Evolución” and “Folkarria”, winning prizes and the audience recognition.

Zagala released their first studio album in 2018 and their music has already been played in well-known radio programmes such as La Tarataña on Spain’s National Radio (RNE), La Riproposta on Radio Clasica RTVE, or Entrelares of Radio Circulo. 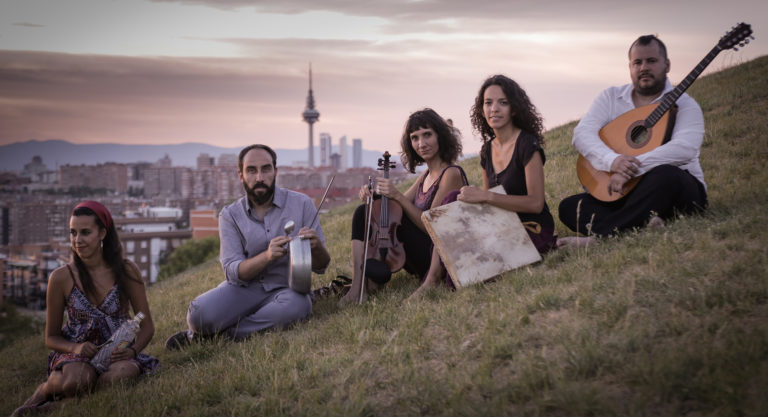