Sounds from Spain will have a presence of the virtual event with an online showcase with Spanish bands previously selected by the LAMC organization. The registration for bands must meet the following requirements:

– Participate in the LAMC selection process by sending an email to info@latinalternative.com before February 3, 2023 indicating your interest in being part of the Sounds from Spain virtual delegation.

– Bands who participate with Sounds from Spain must be represented by a Spanish entity that will be part of the networking session.

ICEX and INAEM are betting on this new format in order to support the Spanish music industry through its Sounds from Spain brand. Spanish companies will be able to participate in conferences and get in contact with independent music professionals from all over the world.

Sounds from Spain will carry out promotional actions and support the organization of an exclusive virtual showcase of Spanish bands that will be selected from among the registrations by LAMC organization.

Sounds from Spain will also be present in the LAMC conference guide and will support a Networking session for a limited number of Spanish companies selected by LAMC. 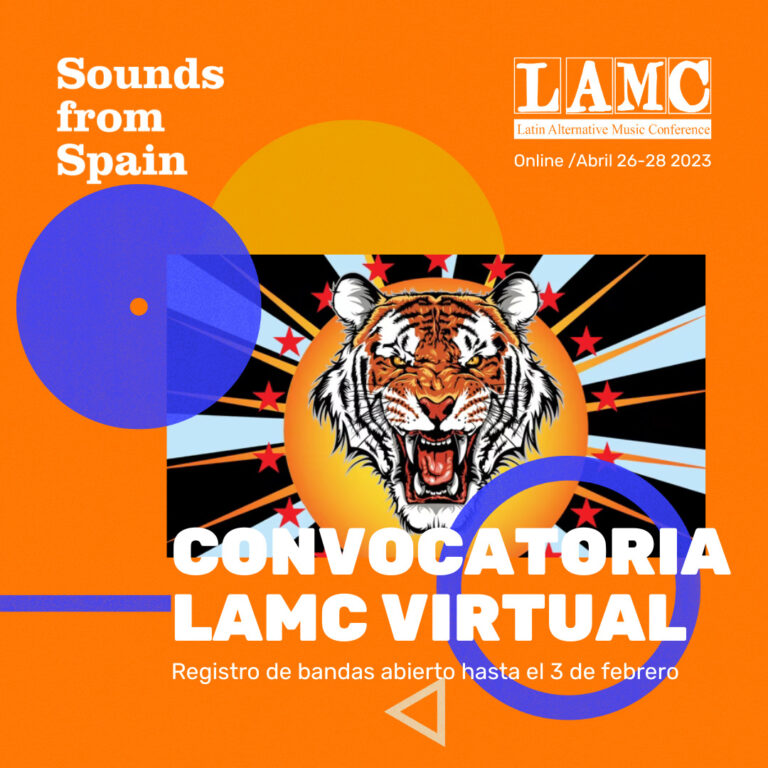