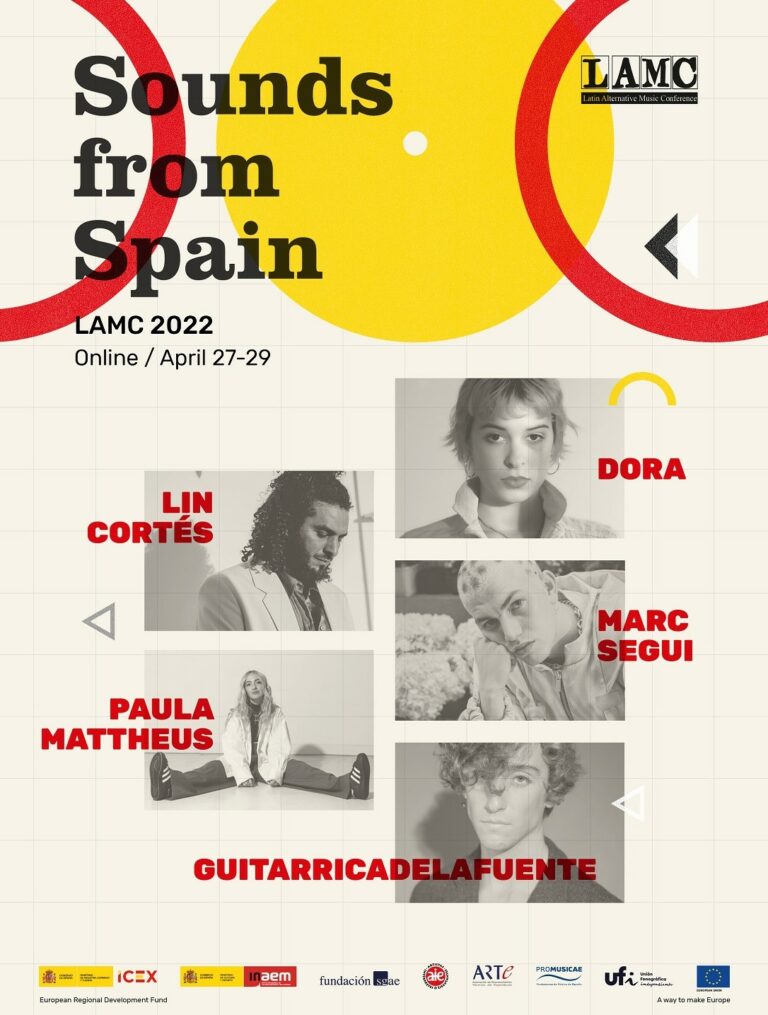 Spanish representatives have the opportunity to register for free on the LAMC website and interact with the network of international music professionals that the festival fosters.

This is the third consecutive year in which Sounds from Spain participates in the virtual format of LAMC and we hope to repeat the excellent results of the two previous editions. To support this objective, promotional actions will be carried out on the event’s website, as well as on Sounds from Spain’s social networks.