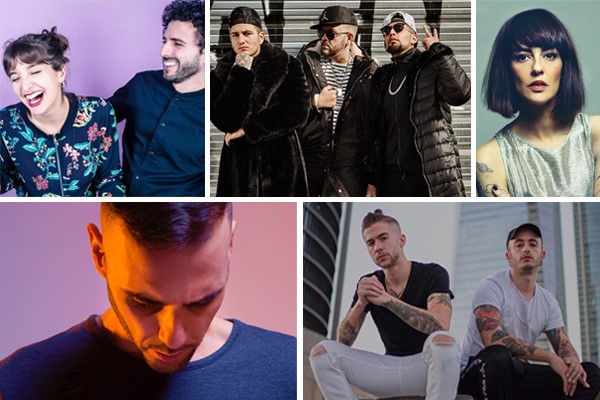 For the third consecutive year, ICEX-Sounds from Spain will take part in the Latin Alternative Music Conference (LAMC), which will be held from 10 to 14 July 2018 in New York, United States.

ICEX-Sounds from Spain plans to organize a Sounds from Spain concert at the Highline Ballroom in Manhattan on Wednesday, July 11. Five Spanish bands will play the most outstanding in the current Spanish music scene: VEGA, MONCHO CHAVEA, OMAR MONTES AND ORIGINAL ELIAS (CHAVEA MUSIC FACTORY); FYAHBWOY; NATOS AND WAOR and DELAPORTE.

To these concerts, the participation of ICEX-Sounds from Spain is added with a space in the market that will take place at The Stewart Hotel. The event will be limited to companies with an exclusive and very professional profile. ICEX-Sounds from Spain will take seven leading Spanish companies from the industry (LA MADRIGUERA RECORDS SL, ZAMARA MUSIC SL., FYAHBWOY SL., TASTE THE FLOOR SL., PLANET EVENTS SAU, THE CUPULA MUSIC SL, ALTCONTENT FORMATOS Y CONTENIDOS SL.) and will promote its meeting with promoters, managers and international venues.