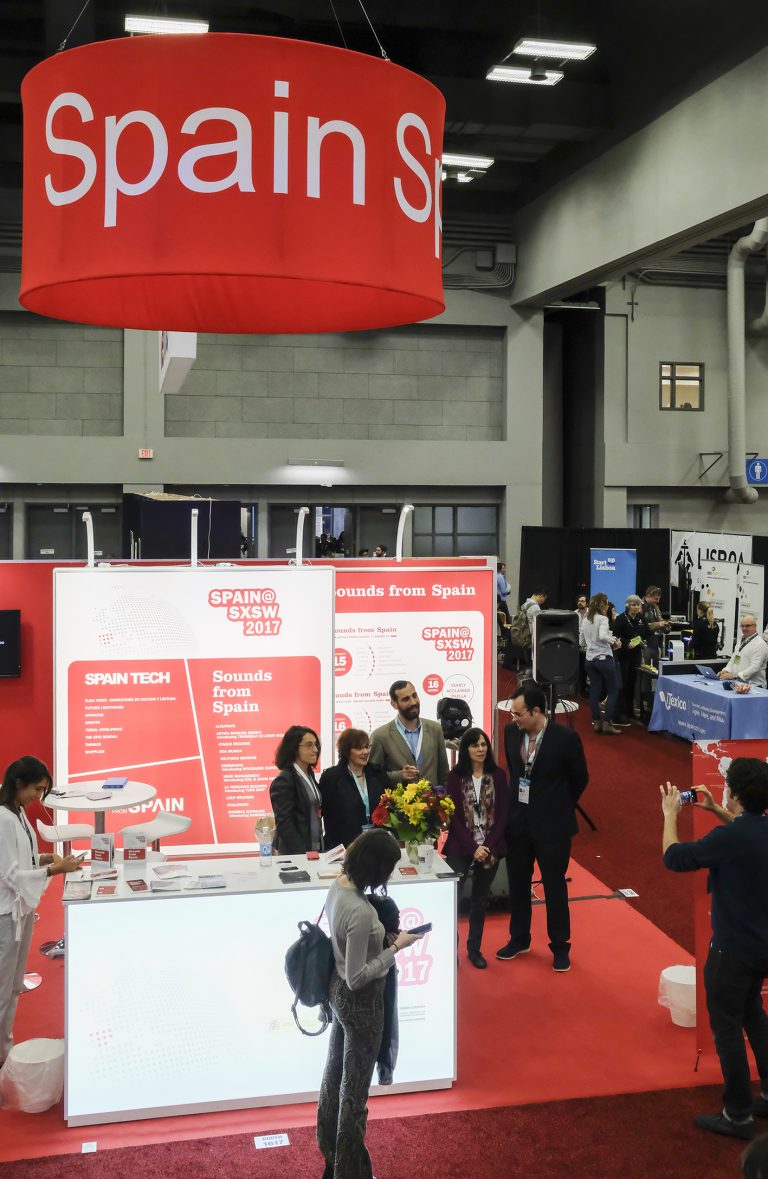 Along with SOUNDS FROM SPAIN’s 10th Anniversary of involvement in South by South West in Austin (Texas), ten companies from the Spanish music industry, representing various branches of the industry, had the opportunity to publicize their offerings and maintain contacts with promoters, producers and concert organizers from around the world.

Joana Serrat, Ramirez Exposure, Novedades Carminha, Izal and Triangulo de Amor Bizarro, filled their concerts to capacity, and got the attendees in Austin to dance to Spanish pop and rock.

Once again, the Spanish bands have made SOUNDS FROM SPAIN stand out in the most important and competitive pop-rock professional music festival in the world.

This was the opinion of some of the companies and bands that came with us:

Altafonte: “The fair was really productive for Altafonte and we are almost certain to repeat it next year. Bringing together the entire international team and meeting many of the artists and managers with whom we are going to do simultaneous launches in several countries was very positive. There were also many ideas for crossovers, collaborations, etc … We are very grateful for the help you have given us.”

Ataque Records: “We are delighted. We have made many contacts that will serve us for the future, festivals, bookers, media, promoters, record labels …. that will help us to continue growing, and very happy with the repercussion of The Wilds in all the venues that we’ve played.”

Ramirez Exposure: “We were delighted with the treatment of the entire team of ICEX – SfS, and we felt very well served at all times.”

Esmerarte (Novedades Carminha): “It is a very important and indispensable fair within the sector. Thank you very much!!”