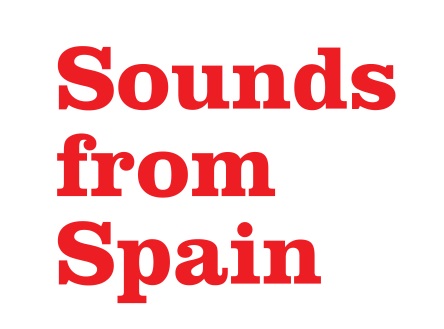 Sounds from Spain will sponsor the participation of 6 bands from our country in the coming edition of South by Southwest which will take place during the month of March, 2018 in Austin, Texas.  They are:  BAD GYAL, CHRISTINA ROSENVINGE, JOE CREPÚSCULO, LOS WILDS, NEUMAN, THE ZEPHYR BONES. These bands, previously invited by the festival itself, have been selected by the organizations that form the platform from a total of 40 other artistic talent.  On March 14 and 15 the six bands will perform in the concerts organized by Sounds from Spain at the South by Southwest Show.  Bad Gyal has been selected by the show to be the headliner of the group.

This is the eleventh year in a row that Sounds from Spain sponsors Spanish music in Austin.  Hinds, Macaco, Izal, Nacho Vegas, Lori Meyers, Ramirez Exposure, Supersubmarina, are some of the groups that have previously performed in South by Southwest. Over 15,000 industry professionals, including record labels, editors, managers and press will be present to see and hear over 2,000 concerts.

The objective of Sounds from Spain is to promote music from Spain by enabling music professionals to be present in the most important international shows such as  South by Southwest (Austin), Circulart (Medellin), LAMC (New York), and Womex.

More information about the bands:

Ever since her cover of Rihanna’s ‘Work’ went viral in Spain little over a year ago, Bad Gyal’s career has been leaving a flashing trail behind. The Hispanic scene worldwide has turned its eyes and ears ever since. A spree of utterly fantastic hits followed, starting with ‘Indapanden’ -sitting on more than 3 million views on YouTube- and her first mixtape ‘Slow Wine’ followed earning her a place at the top of a new phenomenon before even turning 20 years old.

Her music’s been recognised by Murlo, Dinamarca, Soulection and the Mad Decent crew. Featured on Pitchfork, i-D, Line of Best Fit and on FACT’s top 1 best of 2017.

She was chosen as headliner at SXSW. Her biggest hit is “Jacaranda.”

Beginning with Romance de la Plata, a song dedicated to her father Christina Rosenvinge storms a fortress of masculine emotions by assuming different male identities: a father, a son, a lover, leaving open the possibility through the use of the third person pronoun that she is actually talking about herself… or should we say about himself?

9 powerful and classical tracks which she produced and which were recorded in Madrid by Dany Richter, with the musicians who have accompanied her live on her latest tour Juan Diego Gosalvez, David Tuya Ginzo and Manuel Cabezali.

Joe Crepúsculo welcomes us into a very particular way of singing stories, simple stories, where he can speak about powder and heifers, impossible love, or even to make us reflect about the excesses of youth looking to the future with some melancholy. His style, possibly disconcerting at first, gets little by little into something tremendously addictive. A style where powerful acoustic guitars are added to rhythmic bases of the funniest techno-pop and advancing with total melodic naturalness. Joe Crepúsculo is a permanent revolution.

Celebrating the tenth anniversary of career this 2018 is releasing his tenth album, and it will be a compilation of his greatest hits.

They swept the last SXSW 2017 Festival , being the spanish band that gave more concerts last year with 12 balls , in places like : Spider house , Hotel Vegas ( where they played twice ) , Grand Social Club  , Showcase Get hip recordings , The Historic Scott In and Sheraton Hotel , among others. His time in the USA has left fans declared as Jared Swilley of The Black Lips and the Californian radio KPFA  Comunity Powered who introduce them as the Spanish Fat White Family , and is that his live is a real bombshell.

During the past few years, Neuman has become one of the most important bands in Spain. Their latest album, “Crashpad”, was considered by the media as one of the most remarkable discs of the year 2017, entering in the sales chart at number 6.

The Zephyr Bones’ hazy, melodic, psychedelic rock flickers with memories that span the distance that separates the native Chile of guitarists and vocalists Brian Silva and Jossip Tkalcic, and the band’s current base in Barcelona, Spain – which is also home to rhythm section, Marc López and Carlos Ramos. They emerged in 2015 with debut EP “Wishes/Fishes” and returned in 2016 with 7inch “Black Lips/Surrounded By Sunflowers”. A title that raised expectations, which are fully met with the 2017 debut album “Secret Place”, which synthesizes The Zephyr Bones’ guitar-oriented psych and dream pop.