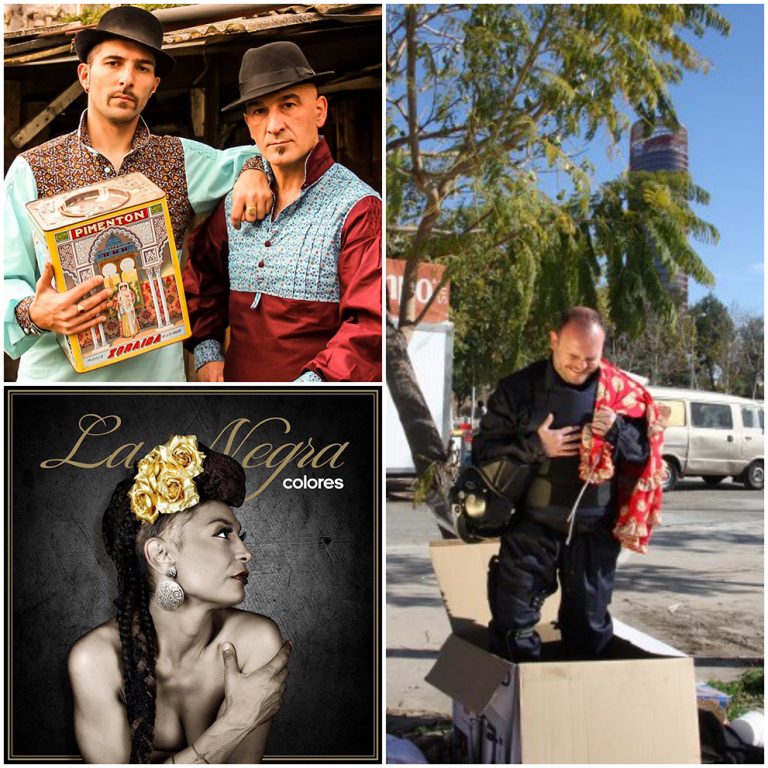 SOUNDS FROM SPAIN (SFS) accumulates 10 years attending WOMEX with a great show.  24 relevant Spanish Companies (Management Agencies, Booking Agencies, Labels, Publishers and Festival Organizers) will be present at the SFS stand on this twenty second installment of WOMEX at Santiago de Compostela (Spain) from 19th to 23rd of October 2016.

WOMEX is the most relevant world music international trade show. The most important trendsetters and opinion leaders will be there. The five day long annual event, that moves cities every year includes the Trade Show, Conferences and Music Shows with more than 300 artists from 50 different countries and a documentary show.

In an effort to get the visitors attention and add a different touch to SOUNDS FROM SPAIN’S stand, NPDRUMS, a music instruments making company will be showing their craft and making percussion instruments live. They specialize in drums, kettle drums, tambourines, small drums and bass drums.

SFS will also be present at the FESTIVAL on which several relevant Spanish artists will be performing. More than 60 showcases with more than 300 artists are organized during WOMEX and their stages all around the city.

LA NEGRA and RADIO COS have been picked to perform at WOMEX’s official stage with SFS’s support.

SOUNDS FROM SPAIN will also support the performance by  NIÑO DE ELCHE at the ATLANTIC STAGE where more Spanish Bands like NAKANY KANTÉ, NARF &TIMBILA MUZIMBA, XABIER DÍAZ y XARNEGE will be performing with other organizations’ support.

LA NEGRA: Amparo Velasco was born an artist even if she didn’t know at the time. Jazz and African and Latin rhythms share presence with the unavoidable flamenco roots. 2016 has come to be the year she gets her well deserved recognition as an artist that knows how to move people with her songs.

RADIO COS: Xurxo Fernandes and Quique Peón, singers and percussionists are a reference when it comes to Galician music. They’ve been on the road through Belgium, England, Scotland and Galicia communicating their own way of understanding Galician traditional music.

NIÑO DE ELCHE: This cantaor is the man of the hour. His stage skills and performance manage to concentrate the essence of flamenco, electronica, rock, dancing and vocal experimentation.