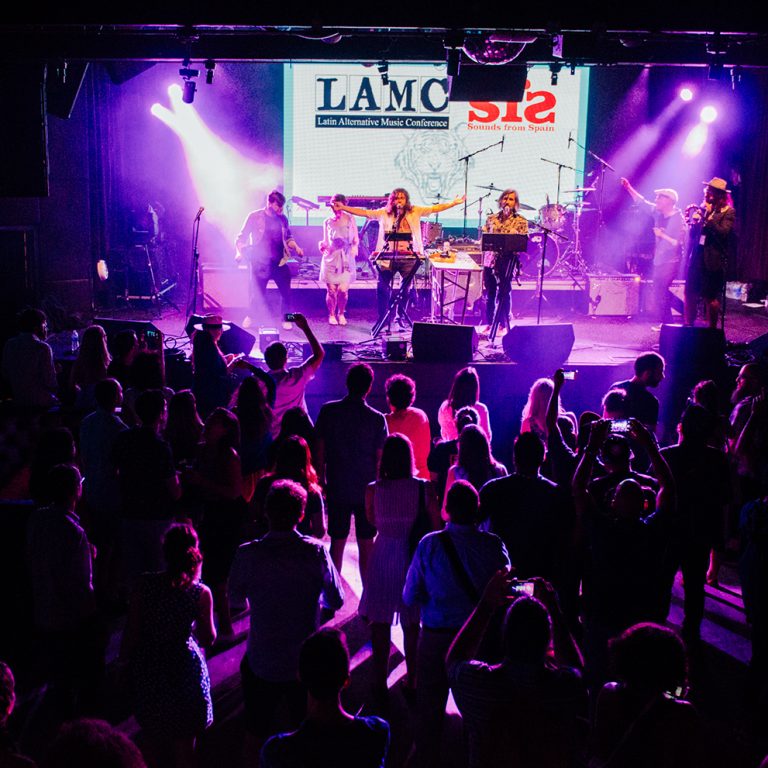 SOUNDS FROM SPAIN also collaborated with the CONFERENCES through  Javier Liñán, manager, music producer and Director of the label El Volcán Música as a panelist. He evaluated the development of the Spanish music industry and the role  ICEX-SOUNDS FROM SPAIN is playing for up and coming Spanish bands.

The Spanish companies supported by SOUNDS FROM SPAIN at LAMC in 2016 contacted several digital and printed media along with music advisors: NY TIMES, PANDORA, KCRW, BILLBOARD, PASTE, FOX NEWS LATINO, PLAY TOO MUCH and American, Mexican and European labels.

An important part in this networking effort was played by the PR and Communication company hired by SOUNDS FROM SPAIN for the event which landed a deal with GIBSON (the guitars used at the Spanish bands’ concerts were provided by GIBSON free of charge), interviews for Billboard, visits to SPOTIFY, VEVO and GOOGLE in New York and sessions at SIRIUSXM.

Almost all bands got key contacts and signed gigs and tours like SEXY ZEBRAS in Chicago and New York, KOKOSHCA in New York, Boston Chicago and more up to 10 more shows.
The success of our participation at LAMC 2016 is the follow up and result of the effort SOUNDS FROM SPAIN makes at SXSW, Austin. Spanish music and bands begin to catch promoters, media and professionals’ attention. It started with the bands supported by SFS at SXSW and kept going with all the deals made at LAMC.