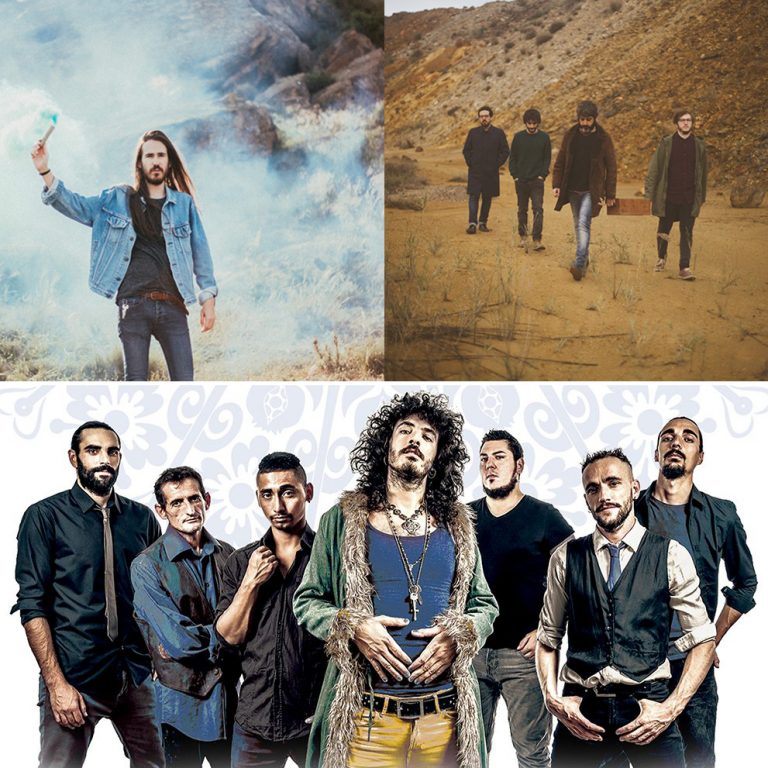 The platform Sounds from Spain has organised an aspirational professional meeting at next BIME to be held in Bilbao, to analyse the current business opportunities of Spanish music companies in international markets. More than 30 experts from different institutions of both sides of the Atlantic shall come together in the morning of Thursday 27th between 10:30 and 13:00h. with the aim of exploring in deep the possible entrepreneurial synergies to promote internationalisation of Spanish music. The networking sessions, proposed in the form of 10-minute speed meetings, shall give all participants the opportunity to meet in an agile and ordered way. At Kafe Antzokia, that same day from 20:30h, participants shall have the chance to know first-hand the proposals of three emergent names of the national scene: Carlos Sadness, Nunatak and Sonido Vegetal. Both activities are coordinated by PROMUSICAE.

BIME is an international fair that, in its fourth edition, has become a reference to feel the pulse of cultural creativity and enhance ideas and business models through technological projects and the development of new applications. In its third edition (2015), this forum was already meeting place for more than 1,800 professionals from 18 different countries. The BEC conference centre, one of Bilbao’s most modern and functional venues, will house the different activities again.

The meeting is promoted by the Sounds from Spain platform ̶ gathering together the INAEM (Instituto Nacional de las Artes Escénicas y de la Música), the SGAE Foundation (Fundación SGAE), Artists and Performing Artists society, AIE (Artistas, Intérpretes y Ejecutantes), and professional associations ARTE, Promusicae and UFI around ICEX España Exportación e Inversiones ̶ , and constitutes one of most ambitious efforts to analyse the current situation of commercial relationships between Europe and America in the field of popular music, as well as the future prospects expected for Spanish music.

Also a large panel of experts come from the Anglo-Saxon world. From the USA we note the cases of Tomas Cookman, owner and president of Industria Works, as well as founder of Nacional Records and LAMC; and that of Eduardo Calvillo, as partner of Ruido Fest. Three attendances will come from the United Kingdom: Martin Elbourne (hiring at the Glastonbury festival); Beckie Sugden (X-Ray Touring agent); and Alex Bruford, head of promoter ATC. Also we must recall Canadian Ryan Spalding, senior marketing executive at Dinealone Records.

French representation rests on the hands of Julien Iriarte, agent at Base Productions, while Germany contributes with two highly qualified voices, those of Ralph Christoph (Interactive Cologne) and Ralf Diemert (agent at Selective Artists). Also a Dutch representative will be present, hiring agent Jaap de Waart (Radar Agency), and even a very authoritative voice within the Japanese industry, Shogo Komiyama, director at Japonicus. Lastly, a country not very often represented in the Latin American scene, Ecuador, shall have fair representation thanks to the contributions of Ivis Flies, director at Pulso.

Professional meetings, analysis and the exchange of ideas and new opportunities shall make way, already in the evening, to the great primary material without which anything else makes sense: live music. Three featured artists, greatly different, serve to countersign the idea of the boiling diverse wealth of Iberian artists. Barcelona’s Carlos Sadness, whose first artistic steps were as illustrator, has been able to raise a very evocative, imaginative and fantastic universe, defined by intimacy and poetics. He comes to BIME after hanging the sold out sign for three days (5th, 6th and 8th October) at the Lunario of the National Auditorium of Mexico. Murcia’s Nunatak have found the perfect balance between epic and melody for their indie style pop, plenty of intensity and evoking of nature.

Even newer is the presentation of Sonido Vegetal, coming from Granada (other of the primary pools of music in Spain), keen to call themselves the kings of “gispy-punk fusion”. The three of them will perform for those accredited to BIME in a great concert at the beautiful Antzokia, in 40-minute performances. It shall be one of most promising times in a fair that will attract all attention in Bilbao from 26th to 29th October.