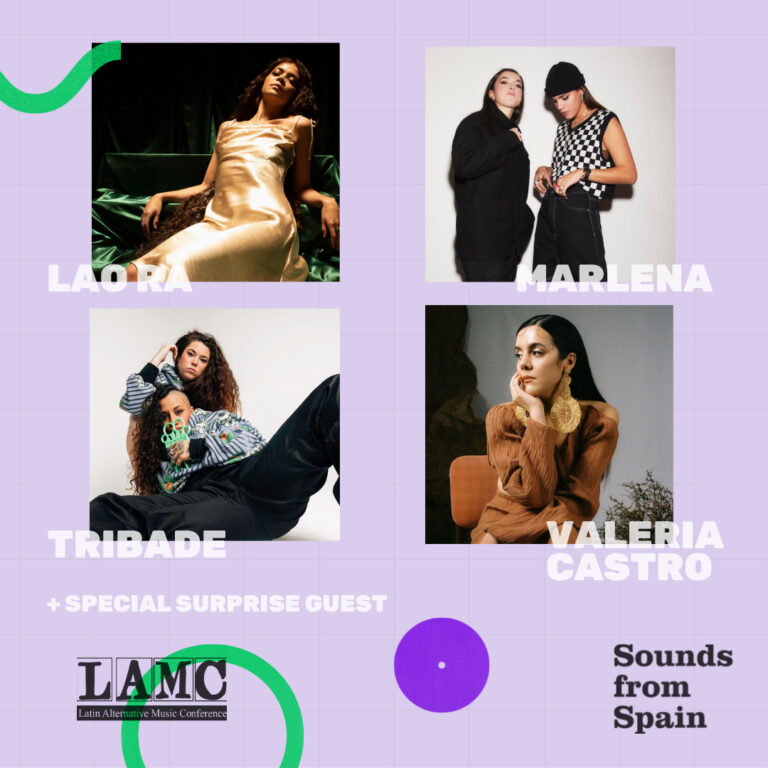 Lao Ra, Marlena, Tribade and Valeria Castro will be part of the concert organised by Sounds from Spain in the Latin Alternative Music Conference (LAMC) to be held from 6 to 9 July 2022 in New York. Four artistic proposals led by women that represent the wide variety of musical styles predominant in the current Spanish music scene. Latin pop, hip-hop, folk or indie are some of the rhythms that a selectied professional audience attending the conference will be able to listen to at the promotional concert scheduled for 6 July from 7pm at DROM, a space in the heart of the East Village. A special surprise guest will join the four selected bands.

LAMC is the largest independent Latin music conference and the most important event of its kind in the U.S. LAMC brings together virtually every genre of music and fusion, as well as the best of Latin music and the newest sounds in rock, hip hop, indie, alt and electronic music, among others. In recent years, it has become the most important showcase for new trends in the industry.